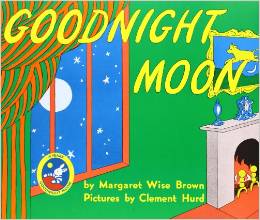 Language changes. It always has, and probably it always will, but that won’t stop those of us who enjoy language from railing against awful usage and mistakes that become common practice. Who doesn’t enjoy a good argument about the Oxford comma or a rant against verbing? (Most people you say? Oh. But anyway, for some of us, expressing disgust with new/wrong word choices is a sport.) Language changes.

So when Time Magazine listed its 100 Best Young Adult Books of All Time, I immediately braced myself because I now know that the mainstream press has begun to use “young adult” to mean “children’s book”. Many children read Charlotte’s Web in second or third grade, and there aren’t a lot of 7-year-olds who qualify as “young adult” in my book. But I had this shock of understanding when I looked at the list that those of us who know the difference have lost this battle–Time Magazine will get dozens more readers than this blog post. Or millions more. Realistically.

There are a few of us who care about this, and we will continue to point out how absurd it is in a related article titled 17 Famous Writers on Their Favorite Young Adult Books that Martin Amis says Goodnight Moon. Clearly he was asked for his favorite children’s book. Maybe that error is so absurd that the editorial staff at Time will be more careful…but I doubt it. Over at CNN they have the list of Young Adult Books That Changed Our Lives with the Narnia books on it, along with several other solidly fourth/fifth grade books. Publishers and bookstores have an interest in pushing the boundaries of the enormously popular YA category down to get more readers. There is also a perception that children don’t like to be called children.

My other theory is that young adult books have become so similar in their themes and structure that writers throw on children’s books for the sake of variety. A list made up mostly of dystopian books and romances becomes dull very quickly. But that’s not fair to the many excellent YA writers like Maggie Stiefvater and E. Lockhart, who write uniquely voiced and richly imagined stories for teens. No, it is probably not thought out at all–it is probably an editor who doesn’t know much about the topic deciding quickly that “young adult” is trendy while “children’s literature” is not, and going with the trendier term.

I’m going to try not to let it get on my nerves. I can’t afford to be cranky about everything.

This entry was posted in Childhood reading, Children's books, Uncategorized, YAs and their books. Bookmark the permalink.